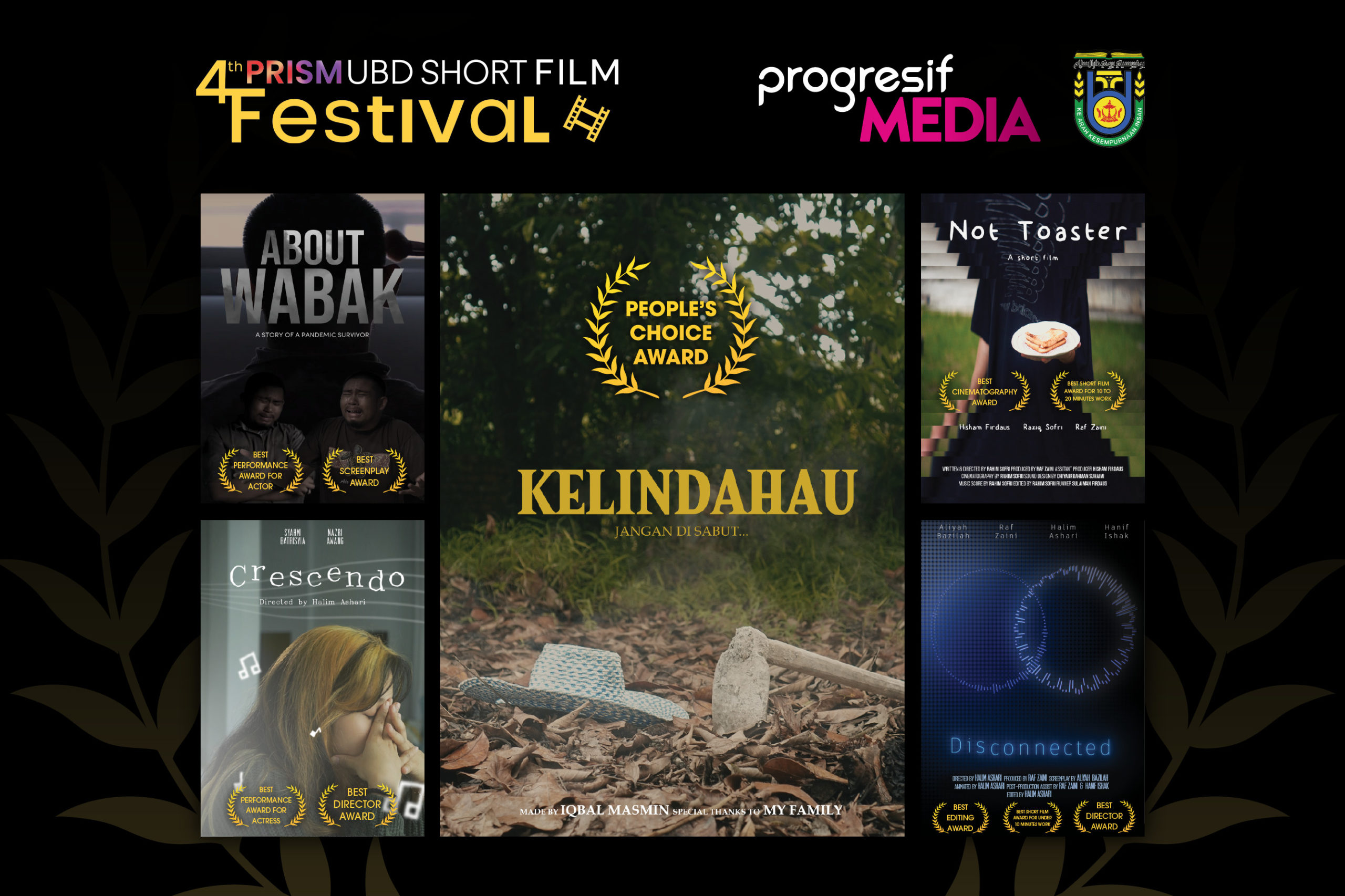 The PRISM UBD Short Film Festival is proving itself to be an avenue to empower content creation and exchange of ideas on cinematic approaches among students who aspire to build a career in digital media. Student filmmakers, actresses/actors, and production crews get positive critiques and reputability among the local film community and industry exposure that extends beyond their classroom studies.

A total of ten short films were submitted by Universiti Brunei Darussalam students from the Design and Creative Industries Programme under Faculty of Arts and Social Sciences.

Mrs Mayyer Ling continued on to say that the pandemic did not hamper these young creatives’ high-quality short films. The nearly 2,500 cumulative views of the short film premieres are promising indicators of the brewing interest in local filmmakers’ work in the Sultanate.

Impressed with the UBD students’ skills, judges presented the Best Screenplay Award to About Wabak produced by Rafeatul Zaini , and Haji Haziq was awarded the Best Performance Actor Award for his role in the short film. About Wabak is a mockumentary centered around a Covid-19 patient survivor who has to overcome obstacles when learning to live in the new normal.

Further awards saw the Best Cinematography award presented to Not Toaster by Rahim Sofri. The short film was also named Best Short Film within the length of 10 to 20 minutes. Not Toaster follows its protagonist Mango in the inevitable quest of completing his college assignment while being tested by the power of his will to stay focused.

Halim Ashari, creator and director of Disconnected and Crescendo won Best Director Award and Best Editing Award, Disconnected won Best Short Film for under 10 minutes. Disconnected depicts the journey of uncovering the root cause of a complicated mother-daughter relationship.

Syahmi Batrisyia was awarded Best Performance Award for Actress in her role as a struggling musician striving for perfection in Crescendo.

To cap off the night of celebrations, Kelindahau by Iqbal Masmin took home the People’s Choice Award by receiving the highest number of votes from the public. The supernatural horror film follows a farmer and a folktale about a mysterious entity transforming its appearance into anyone it desires.

In his closing remarks, Dr Yong Liu, co-organiser of PRISM UBD Short Film Festival, thanked UBD FASS and Corporate Communications Office for their unwavering support for PRISM, Progresif Media for the partnership in running this year festival and the People’s Choice Award, the juries of AITI managers and media professionals for their industry insights.

He continues to thank those registered for the festival premiere and viewers of the short films. He hopes to continue and cater to the needs of young filmmakers and their audiences by collaborating with more industry professionals and media agencies in the future.

Following the awards ceremony, the winning content titles will be published onto the Progresif Media platform as paid content through a revenue-sharing agreement with the creators.

Comment by Ms Olivia Ong, Progresif Head of Media, “With the partnership with UBD, we hope these awards inspire the next generation of storytellers as FASS students bring the uniqueness of Brunei to the screen.” Content creators who wish to explore Progresif Media as an avenue to produce or publish short films, series and other content may reach out to the Progresif Media team at media@progresif.com.