Amirah was only 13 years old when she started Slime Vault. It was her passion for the messy business of making slime that drove her to entrepreneurship. Her obsession with making homemade slime has rewarded her with a business opportunity. Amirah, now 15 years old, has been enjoying good returns on a niche product for a niche market. She shares with us her story and the slime business that she runs out of her home with the help of her parents. 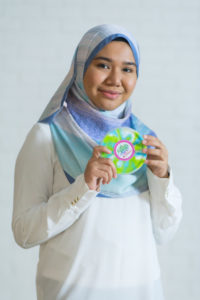 Tell us more about yourself.

Hi, I’m Amirah. I’m a student of Pengiran Anak Puteri Hajah Masna Secondary School and I’m in Year 10. I’ve been doing business for almost two years. I started the business when I was 13.

You hand-make slime and sell it in cube stores. How many little tubs of slime are you making every week?

Sometimes, in a week, I make two batches of slime. For one batch, I think, it can reach up to 30 small tubs of slime.

How much do you sell the tubs for?

Small containers are $2, and the large ones are $4. I also have some package slime for $5, which consists of two small slime tubs and an activator which loosens the slime when it gets sticky. 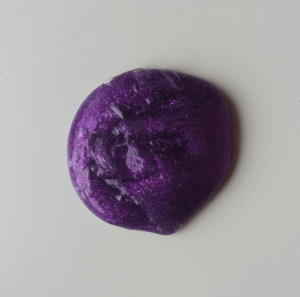 What made you start making slime and then decide to turn it into a business?

I just love making slime. When I first started it, my mum kept scolding me because I kept making them and throwing them away. After a month of practice, I could make slime well enough that I could start selling to my friends. And I learnt everything from YouTube and Instagram.

You sell small tubs and big tubs. How many tubs are you actually selling each week? I know you make about 30, how many are selling?

Now that I have four cubes, one in Giant Rimba, one in West Park (The Mall), one in Hobby Cube in Bandar, and one in Airport Mall. I think I make $100 a week from the four cubes. My parents are helping me run the business too. I make the slime while my mum handles accounting, and buying the materials to make slime.

What do you do with the hard earned money?

Sometimes I hang out with my friends, and we watch movies and stuff. Usually, I’m scared to talk with people. Ever since I started my business, I’m a little OK with it.

What is your advice to all the young children out there who are in their teens and who are still at school, that want to start their own business?

Don’t stop doing what you love.