Progresif Announces New Dates for the Special Screening of the Documentary Film ‘Prince Azim: Son of the Arts’ 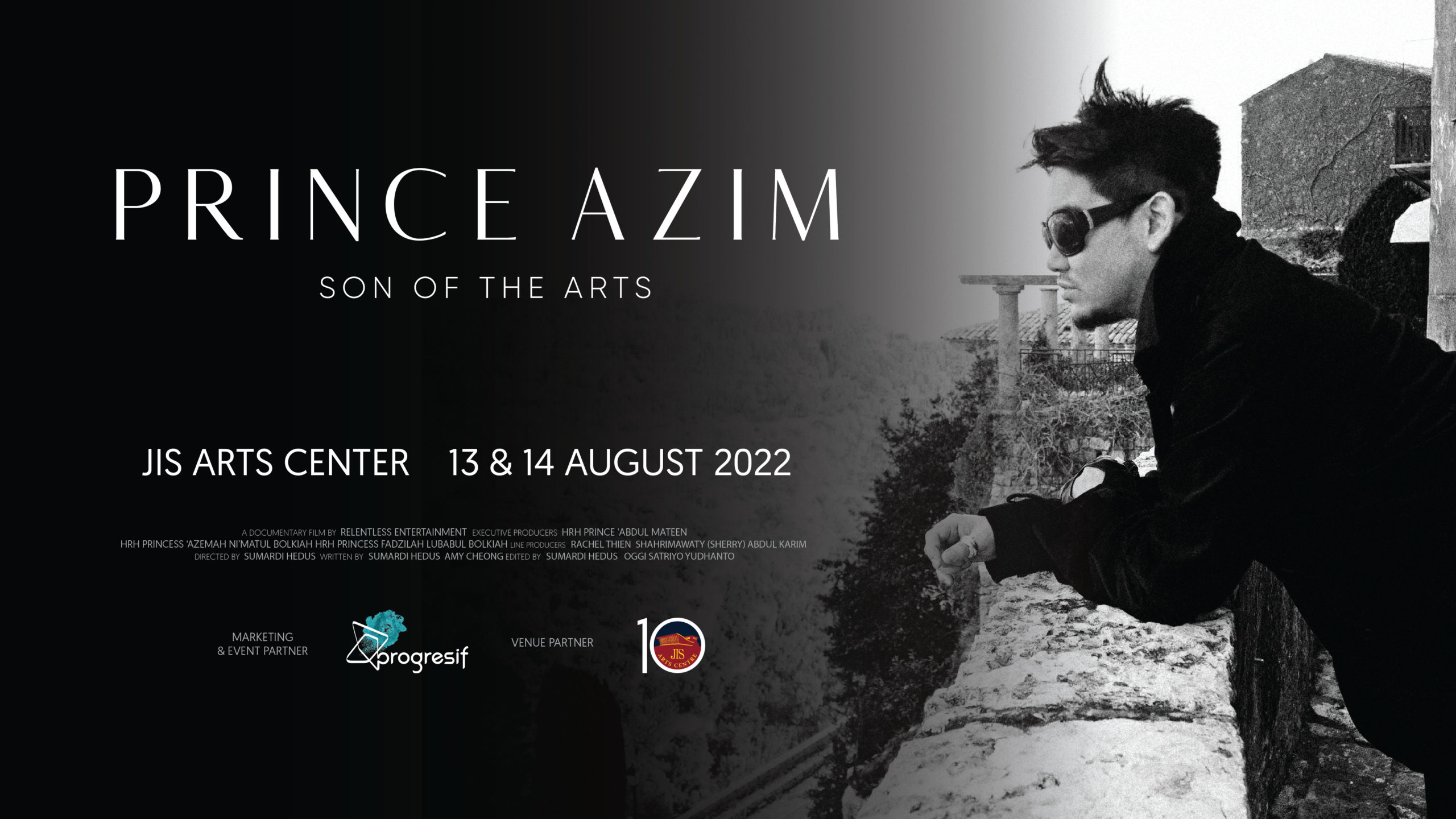 Directed by Sumardi Hedus of Relentless Entertainment, the documentary film depicts never seen before home video footage and inside interviews from Al-Marhum His Royal Highness Prince Haji ‘Abdul Azim’s family, friends, and those whose lives he had inspired and with whom he shared his passions with.

The 90-minute documentary film which offers an intimate preview into the private life of the late Prince, will be screened on the 13th and 14th of August 2022 at the Jerudong International School’s (JIS) Arts Centre. Additional E-tickets for the screenings at the JIS Arts Centre can be purchased through the www.Progresifevents.com website which will go live starting 1 August 2022, and tickets will be priced at BND 15 each.

Tickets purchased for viewing last year, 7 and 8 August 2021 will be automatically rescheduled and pre-assigned to 13 and 14 of August 2022 respectively at the Jerudong International School’s (JIS) Arts Centre. More information regarding the showings will be announced on Progresif’s social media channels soon.